It’s 2017, a new year, and no better time to finally get started on making that film you’ve been planning – FoolProof Filmmaking by Andrew Stevens! 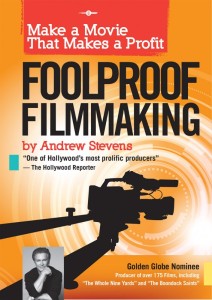 A true independent filmmaker is by my definition, an entrepreneur who is not reliant on a studio or network 40 employment or the ability to make a film.

An independent entrepreneur must be innovative and explore every possible avenue for the development and financing of an independent film, recognizing the importance of the lucrative foreign market, as well as the realities of the domestic market and potential revenues for a particular film, as well as subsidies, private equity, co-productions, and most often a combination of the above.

Andrew Stevens FoolProof Filmmaking for Independent Filmmakers – this book and film school series give vast detail about global marketplace and how to successfully use critical knowledge to create not only film projects that can get made, but that can also be profitable, leading to a career rather than a job. 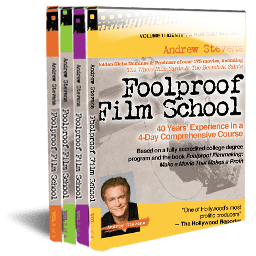